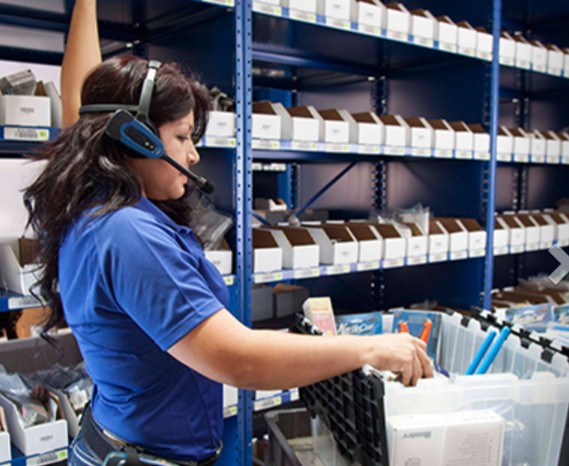 Our March to The Fully Mobile Workplace

“Mobile” is a ubiquitous word in our society today, driven mainly by the advancements in digital technology that gave us our smartphones (formerly known as “mobile phones”) as well as many new advancements in business and the world of commerce.

While we have focused on our expertise and solutions in RFID, “mobile” infers a long list of things that are now deployed in distribution centers, including but not limited to:

These are just a few of the innovations, some new, some old, that have driven the evolution to make everything in the DC more lightweight, more efficient and also more mobile.

One aspect of mobility that does not get as much attention, however, is the use of speech-based systems, otherwise known as “Voice Technology,” and its role in contributing to more mobility.

Keeping Your Ear To The Ground 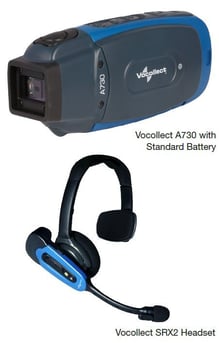 What exactly do we mean when we speak of “Voice Technology”?

Many of us now use it every day in our personal lives. It is hard to imagine there isn’t someone in your household who says “Alexa!” or “Siri” or even “Hey, Cortana” during their day to find information, play music, locate an address, check the weather, etc. But not as many of us are using it at the workplace, or at least not to its full potential.

Perhaps the most underappreciated yet critical feature of voice technology is that it removes the need for the abstract interfaces that we’ve used for decades and how it has given us a natural way of interacting with computers (though admittedly there is nothing that feels natural about speaking to a computer-voice phone tree when calling your bank as a way to navigate a problem.)

While early voice technology (like the phone systems above) could be fussy and even aggravating, it has now matured enough to become widely reliable and even a bit fun – turning some tedious tasks into something a bit more interesting. In the office space, voice technology can be used to convert voicemails to texts, set up appointments for you, taking dictation, do online searches and even control some of your software apps.

Taking Siri and Alexa To Work

But what about in your operations?  For systems built for distribution centers, voice technology is divided into two core technologies. “Voice Directed” converts computer data into audible commands – which can be used for directing workers on the floor to specific locations or following a sequence of steps to perform a task. One example works as an enhancement to Pick-To-Light systems, where voice directions improve speed and accuracy on the floor, complimenting the visual aspect of the light with audio. The other core technology is more akin to our better-known consumer applications mentioned above. “Speech Recognition”  allows the user voice to be used as a form of data input converted by the application. This gives the worker a means to execute data inputs in a hands-free manner, even if something as simple to confirm if a pallet has been put away and the aisle number.

While speech recognition has improved over time, there is still a need to limit the speech input to a fairly short list of keywords and phrases for commands, and primarily numeric characters for voice data input which can still allow many warehouse and shop floor tasks to be performed effectively.

These portable voice systems consist of a headset with a microphone and a wearable computer and allow people to communicate with a computer they are used to communicating with each other. Voice systems are commonly found to be deployed in order picking, quality inspection, shipping, receiving, and cycle counting. Picking is perhaps the one process where this voice technology might be seen as a true “killer app”.

In one manufacturer’s list of case studies, results generated by voice technology were exceedingly good across almost any industry:

The Next Phase of Your Mobile Transformation

Now that voice technology has achieved both

1) A reasonable level of reliability and

…it is worth exploring the potential logic of planning to include it in your future capital budget. The most common applications are already built to integrate with your existing WMS or MES systems, so looking at voice as a core element in your transition to a more mobile work environment is a low-risk research task with a potentially high ROI.