The Secret Behind Amazon Go: RFID

Imagine the grocery store of the future. What would it look like? Some of you may be thinking of flying shopping carts, but many people will imagine improvements on the tedious checkout process. If you consider the process of shopping, the checkout is really one of the worst parts of the whole process.

Imagine: you drove to the store, you found your items, and then you must wait in line for potentially 15 minutes just for the privilege to pay for said items. Sounds more like a Soviet era bread line rather than an optimal customer experience. While other retailers accept this as a fact of like, CEO of Amazon Jeff Bezos won't stand for such inefficiency. Which is why it's not surprising that he surprised the retail world by opening the very first checkout line free grocery store in Seattle, WA on December 5, 2016.

Right in time for the holiday crowds Amazon Go allows shoppers to simply download an app that connects to their Amazon Prime account. Customers enter the store via a subway-like turnstile which logs them into the store's network.

After customers finish shopping they simply walk out the store and their Amazon Go charges their purchases to their Amazon Prime account.

The Secret Behind Amazon Go Technology

Amazon is hush hush about the technology behind their new technologically innovative grocery, but tech experts predict that the store is outfitted with machine learning and sensors to track items customers pick up.

The most straight forward way for Amazon to achieve this concept is to use RFID technology. RFID is not new to retail and is used my many apparel retailers today. With the decrease in cost for RFID tags it's not surprising that it's being applied now to food items. Amazon's RFID system would work very similarly to an anti-theft RFID tag in which when an item of stolen clothing is passed through the RFID sensors near the exit of a store an alarm goes of.

In Amazon's case there is no alarm, this event instead triggers the Amazon Go app to add items to the the customer's cart.

Tagging each item in a grocery store would increase the cost of products slightly, but Amazon Go's differentiation is not affordability but convenience. Amazon's grocery concept may compete more with higher end grocers such as QFC and Wegmans.

It will be interesting to see who the next innovator will be in this space. In theory using RFID to checkout is a fairly simple operation for the likes of Amazon. It is a concept that will be in reach for most large companies. With a good RFID consultant, and RFID visibility platform and a developer team there's no reason why most high end stores shouldn't be able to deploy this. This is actually not a new concept and grocery chains have been talking about customers being able to bypass checkout for decades. IMB and similar companies have been advocating for RFID chips on individual packages also for many years.

With the price of a chip below a half a cent in some instances it's not surprising that Amazon would utilize RFID technology, what is surprising is that it took this long for it to happen. According to RSR Research 50% of retailers with revenue over $1 billion claim that mobile technology is moving too fast to keep up. Looks like it's not too fast for the like of Amazon. Not New Territory for Amazon

Amazon GO is only one location in Seattle, CEO Bezos considers it a test. Similar to the Amazon Bookstore, also in Seattle. Ironic that the company that put most physical bookstores out of business now has it's own location.

Amazon Fresh is another grocery concept from this online giant, only available in some urban locations it is a grocery delivery service. Amazon Go may not be such a stretch since Seattle already has many Amazon Fresh warehouses and grocery supply and storage is not a new problem for them. In some ways Amazon Go seems like the natural progression for the Amazon Fresh team. 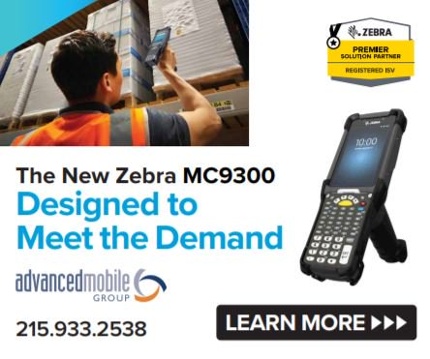