The Risks of Using AI to Grow Our Food 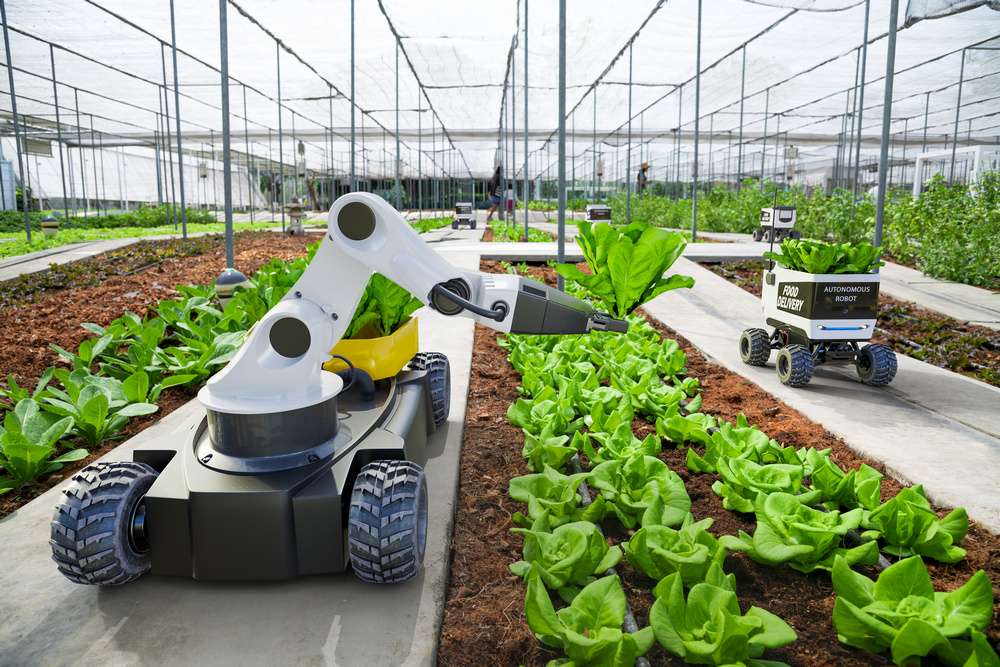 The field of artificial intelligence is advancing rapidly. We have seen dramatic breakthroughs in speech recognition, image recognition, language tasks, autonomous robotics, and game playing in recent years. And we are likely to see much more as researchers and scientists make even more progress.

Some of what AI addresses have promising benefits for things like medical advances, better and cheaper goods and services, and combatting climate change. But the technology isn’t without its risks in terms of privacy, security, and safety.

Some researchers have found ways to use AI to grow food, which sounds promising on the surface. But a new risk analysis shows that this may not be the best idea for a host of reasons.

Artificial Intelligence (AI) is a term that was coined in 1955 by computer scientist John McCarthy. It refers to the ability of a machine or computer program to learn, think, or make decisions. In general, AI means that a machine is capable of making human-like decisions.

AI has become a popular tool in autonomous vehicles and machinery. For example, the self-driving car uses sensory functions like sound and vision to watch the road and make decisions about stopping, turning, and passing. Autonomous agricultural vehicles, such as driverless tractors and combines, are taking farming to a new level. But, what about the risks of using this technology?

The Risks of Using AI to Grow Our Food

Globally, nearly 9% of the world’s population, or 690 million people, go to bed on an empty stomach daily. By the year 2030, that figure could reach 840 million people.

Imagine fields of wheat as far as the eye can see, being grown to produce flour that will feed millions of people. At the same time, imagine the power to till, plant, fertilize, monitor, and harvest those fields has been handed over to artificial intelligence. Advanced algorithms will control field irrigation systems, self-driving combines and tractors, collecting and processing data about weather, humidity, and soil conditions. Sounds ideal, right? Not so fast, according to a new risk analysis published in the journal Nature Machine Intelligence.

It turns out there are some substantial risks to farmers, farms, and even food security if we jump into using AI to grow our food without some serious oversight in place. According to researchers, those risks are threefold.

The research first sounded the alarm about the security risks of using AI to grow food. Specifically, commercial farms could face significant disruption in their operations if there is a security breach. Even worse, hackers could take over or shut down sprayers and robotic harvesters, and even steal equipment like autonomous drones.

The world’s largest meat processor, JBS, was the victim of a cyberattack in 2021, bringing to light some of these issues. The major meat company was forced to pay roughly $11 million in ransom to end the temporary outage of some of its operations in the U.S., Canada, and Australia. Also, last year, Russian hackers were successful in another ransomware attack on NEW Cooperative, a U.S. provider of feed grain for about 11 million farm animals.

Researchers suggest that companies use “ethical” hackers to assist businesses in shoring up their IT security. These “white hat hackers” can help companies uncover various security shortfalls so that AI systems can be safeguarded from future cyberattacks. 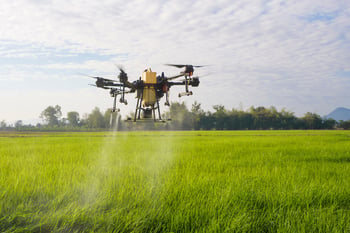 The next risk that researchers uncovered was potential environmental damage. While we need food to survive, it would be counterproductive to destroy the environment while producing that food. The ideal is to find the most sustainable methods for food production, and an AI system may not be the best approach.

The authors of the study believe that AI food production systems are programmed to deliver the best crop yield at the lowest cost and in the shortest time. Such a formula may not take into consideration the environmental consequences of the actions, leading to soil erosion from the overuse of materials like fertilizers.

Likewise, overusing pesticides and fertilizers to produce higher yields could poison ecosystems, damage waterways, and pollute the soil. Eventually, this will lead to massive crop failure. One way to address this issue is to integrate ecological factors into the technology.

One of the goals of using AI for food production is to reduce the agricultural industry’s dependence on manual labor. Labor will still be necessary, but autonomous machines can improve the working conditions of people on farms, in factories, and throughout processing facilities.

But researchers also warn that AI agricultural systems may ignore the complexities of labor in this sector and could take advantage of certain workers. Advanced machinery in agriculture is already removing some of the need for human labor through self-operating combines that harvest crops. These minimize waste and loss, and reduce labor costs.

But small-scale growers who operate the majority of farms worldwide won’t have access to AI-powered technology. This is a massive digital divide that prevents a majority of growers from taking advantage of autonomous solutions. These are the same growers that contribute the most to dietary diversification and local food security. So, while large growers are enjoying lower production costs and can get rid of manual labor, smaller growers are unable to take advantage of these benefits.

While food insecurity remains a substantial issue, it may not be time to deploy AI solutions on a large scale without understanding and addressing the risks. That said, there are other technology solutions that farmers and processors can leverage to improve efficiency.