Rugged Device Strategy as Part of Your Android Migration 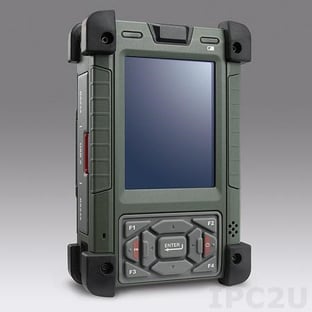 As we all know by now it’s past time for everyone to migrate off your Windows OS into an Android environment. (Click here to know why.)

While devising a plan for replacing most of the more common devices is straightforward, there are a couple of additional factors to consider regarding your rugged devices when making your transition to Android.

A Gartner Report from last year is a good guide that we will summarize today.

If you are somehow NOT yet planning your migration to Android, please read this article before continuing!

The Differences with Ruggedized Devices

As a reminder, “Rugged Devices” are generally the same devices you use daily in your facility except they have been “hardened” to withstand harsh conditions and environments where they could be exposed to water, dust, hot and cold temperatures, vibration, prolonged exposure to direct sunlight and of course rough handling by users. 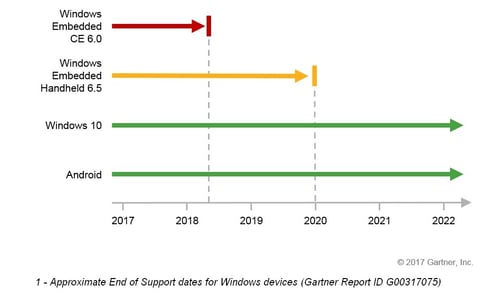 Rugged Devices may seem expensive relative to differences they have with your standard devices. This is because the market is generally much smaller, meaning that R&D costs can not be recouped as quickly which in turn also leads to less R&D.

The industry has consolidated massively in recent years (though not specific to the rugged device market, but the large device market itself as Honeywell acquired brands such like Intermec, LXE, Hand Held Products, EMS Technologies and Metrologic while Zebra did the same with the ruggedized business from Motorola Solutions, which included products and intellectual property from Symbol and Psion Teklogix. Smaller vendors like Datalogic and Juniper Systems continue to service ruggedized data collection clients globally.

While the general advice of “stop buying legacy devices” is a solid recommendation for any device, here are four recommendations from the Gartner report that we take seriously and think you should too:

With a life-span of 5-7 years for a ruggedized device, and less than two years of support for any Windows Embedded device, there is really no business justification for buying any legacy OS devices unless there is an urgent short-term need. Since ruggedized equipment is often firewalled off from the network for the rest of the organization, they are also not likely to use traditional update mechanisms (or even be connected to the internet for long periods of time). While Windows 10 has made an appearance in some devices, our recommendation is to avoid them and consider getting the training and tools for your team to fully support a new OS like Android. 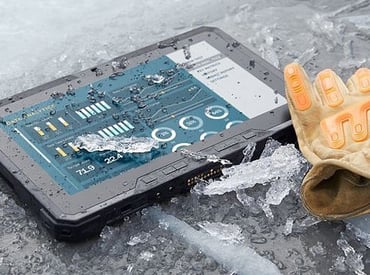 Doing a business case for Rugged Devices means being intentional about the factors involved that differ from standard commercial devices. Total cost of ownership (TCO) is a critical factor, as Rugged Devices can often have an equal or lower TCO due to their longer life and their use across multiple shifts. As the Gartner report notes:

The business case does not end at finding the right device. It’s also important to look at the availability of the entire solution (with printers, accessories, etc.) and the ability to buy the same bundle later.

3. Don't Select a Single Ruggedized Unit as a Standard for Every Process

While it makes sense to standardize on your OS and a single vendor to create the best operational efficiencies, standardizing on a single device for all processes would be a barrier to optimal performance. Garnet recommends approaching your procurement strategy around creating a ruggedized portfolio that might include a smartphone-like device for casual scanning, a scan-optimized device and a ruggedized tablet. 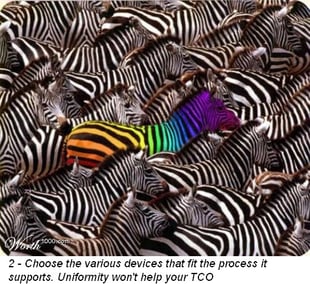 Don’t be fooled by the threat regarding migrating your OS to Android will require a complete rewrite of your applications. For most off-the-shelf warehouse applications, the vendor should already be providing supported code, as they’ve been aware of the direction of the industry for over four years already.

Where a rewrite might be required, virtualization options exist that allow you to virtualize an application for Android at a fraction of the cost of a rewrite. This option requires no changes to the back end of your suite, can be deployed quickly and is a perfect solution for applications schedule to be decommissioned within a few years while the migration to the new ones are being lined up.

Get a Grip on Rugged Device Availability

Finally, Gartner offers a handy guide to current manufacturers and the devices on the market. This list is not exhaustive, but provides a good outline to start with: 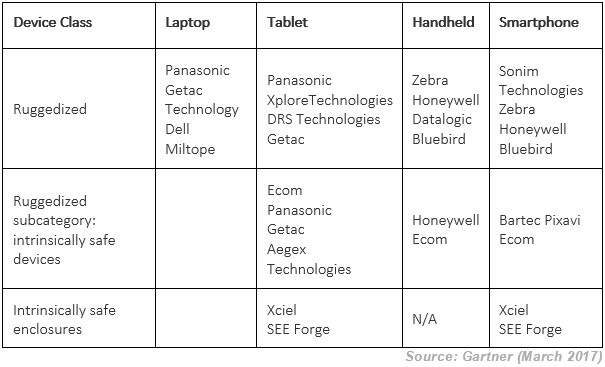