Robotic “Bugs” and How They Could Revolutionize the Industry 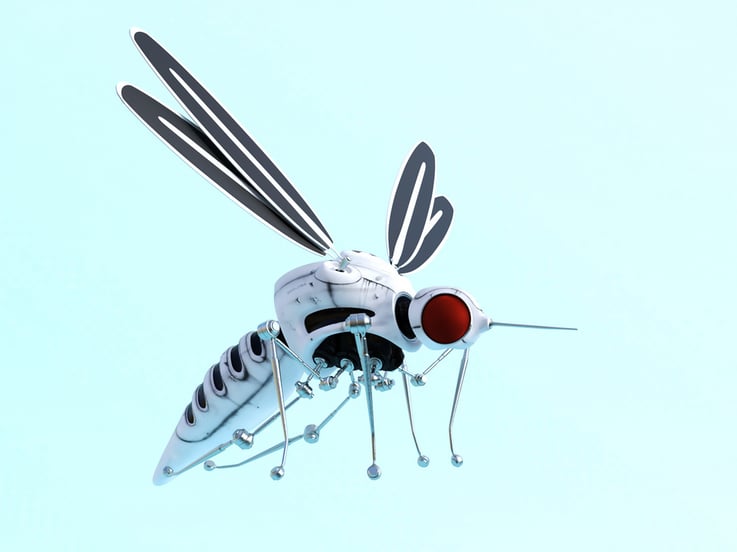 When it comes to robots, bigger may not be better. Someday soon, tiny robotic “bugs” might help people with medical issues, search for survivors in a collapsed building, or diagnose a problem in your factory. Here is what you need to know about these tiny robots and how they could be poised to revolutionize the industry.

What Are Robotic “Bugs”?

Few people love bugs. But, you must admit that these tiny creatures can do a few things most of us can’t - survive in harsh conditions and fit into tight spaces. That’s why researchers continue to study various types of insects for the lessons we can learn from them and have teamed with engineers and scientists to develop a line of artificial bugs - called robotic bugs or microrobots.

These insect-inspired bugs can get into those hard-to-reach spots that humans can’t. They can also go to places that may be dangerous for humans, such as disaster zones or even other planets.

Getting something to fly involves a variety of tradeoffs. Bigger machines can hold more batteries and fuel, but too much life is needed if you go too big. Smaller items take less lift but may not have the necessary energy to get off the ground without the right battery.

Scientists appear to have solved these issues with an advanced form of bug-sized robots that use the power of lasers. Instead of heavy batteries, these robots are moved using advanced techniques.

Researchers at the University of Washington have created the first laser-powered RoboFly, which gets its power from a laser pointed at a photovoltaic cell attached to the bug. An integrated circuit and microcontroller send power to the bug’s wings, which can control the speed and direction of the robot.

Earlier this year, researchers at the University of Pittsburgh’s Swanson School of Engineering unveiled an insect-inspired robot that can carry out tasks in inhospitable and hard-to-reach environments.

Instead of using lasers, this robot uses a curved composite shape to build up energy in its structure. A combination of the robot’s lightweight and size allow it to be powered on just a few volts of electricity. It can move easily across hard and soft surfaces as well as water.

These robotic bugs also require low-powered processors, such as the ones that are used in many IoT devices. One example is the GAP8 processor, which can be used for insect drones and robotic bugs.

When the medical community is looking at using microbots, you know that this is sound technology. Currently, there are two uses under investigation for these robotic bugs. 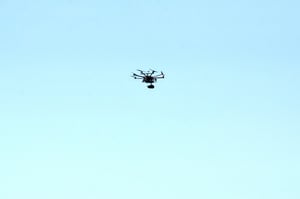 Researchers in Japan and Sweden have teamed up to create microbots that create bone. Humans are born with gaps in their skulls that are covered by fontanelles, which are pieces of soft connective tissue. That tissue eventually transforms into hard bone.

Researchers are duplicating this tissue artificially and proposing to use microbots to inject the material into the body where it is needed for new bone growth. Microrobots may also be able to control how the material is applied to broken, fractured, or deteriorating bones to promote the right type of healing.

A group of MIT researchers has been struggling with ways to power tiny drones with wings. In the process of solving the issue, they also discovered a new technique to produce artificial muscles. Currently, this only has a mechanical use. But the potential for additional advancements is interesting.

Other Uses for Microrobots

Here are some of the other ways microrobots are being used and studied for use:

A basic and relatively inexpensive microrobot, Stiquito is a hexapod insect robot that is used to teach courses in robotics at specialty schools and universities. The robot has expandable muscles made from nitinol, which can move its wings back and forth. It was developed in the 1990s.

This project has been in development by the R&D Draper lab, which uses the technologies it innovates for genetic engineering and optoelectronics. This particular robot uses optodes to activate a commanding neuron. Optrodes are optical sensors connected to a chemical component. The robotic dragonfly might be a potential replacement for bees to artificially pollinate fields.

Yes, it sounds gross. But, UC Berkeley has developed a robotic roach with similarities to the real thing. They have wings, claws, tails, and an exoskeleton for protection. These hearty bugs are ideal candidates for search and rescue missions.

Similar to something you see in a James Bond movie, defense contractors and the government have been working on tiny drones for decades to use as spy agents. The inscteothopter was developed as far back as the 1970s and was only recently declassified.

Opportunities for Robotic Bugs in the Future

While robotic bugs are an exciting development, researchers are still ironing out the kinks (or “bugs”) in the technology. But someday, these devices will be used in a variety of industries to improve efficiency and safety.

DARPA is already developing insect-sized robots for complex jobs like hazardous inspection and disaster relief. The government is also using them for military purposes, and NASA is developing them for space exploration and troubleshooting.

All of the tiny robots already described exciting implications for private industry. Factories and warehouses can use them for troubleshooting issues, security, and for verifying inventory. These tiny robots may also be able to collect data, which will help businesses achieve better transparency and improve overall results.