Revisiting the RFID vs. Barcode Debate 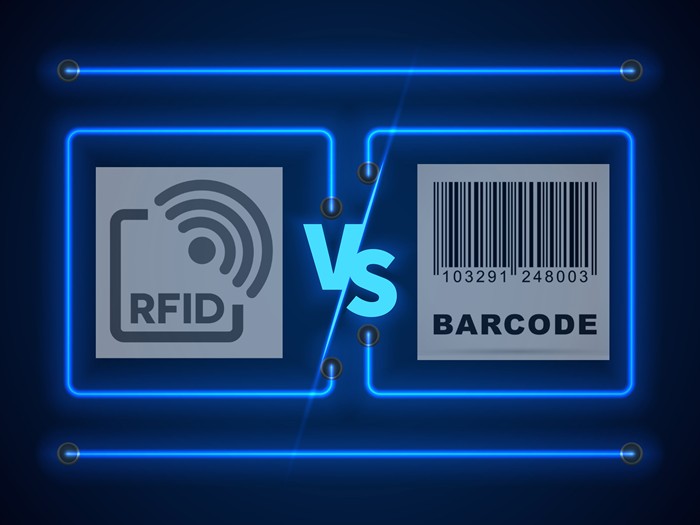 While initially underwhelming the logistics world in the 90’s, RFID has been growing exponentially in the last five to seven years. With good reason, it has led to many businesses taking a second look at the technology and wondering if it has indeed, reached a point where it should be replacing barcodes.

Framing the Debate – It Really Isn’t One 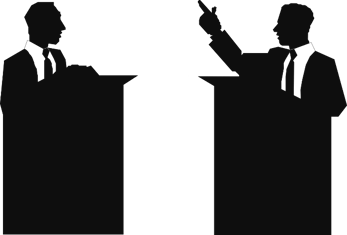 One thing that proponents and detractors get wrong, however, is that the debate isn’t really an “either/or” proposition. The truth is that both technologies have evolved to create opportunities for both to impact parts of the business they may not have before. While the essential applications of barcodes have not radically changed, labeling materials have made it easier for application on new surfaces and under more diverse conditions.

RFID, on the other hand, has evolved dramatically with a growing variety of tags for dozens of more applications while the cost for implementation has steadily declined over time. Today we will share some of the things that are possible with RFID that justify revisiting the technology for your operation either as an upgrade from your current barcode solution or as a new solution in a process area not previously automated.

As a reminder, here is a brief outline that serves as a primer on the core differences between the two technologies: 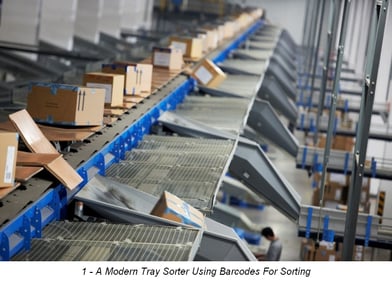 One of the core benefits of RFID comes from its ability to be passively scanned without a visible tag. One area where this provides a whole new landscape for Auto-ID is in the bulk storage and shipping business. For example, using barcodes for large bulk containers of raw materials is not easily managed with barcodes, as it is difficult to manipulate both the container and the scanner efficiently to get a read on the container. Combined with the fact they are often stacked very high and in tight rows where labels are inaccessible means there is little that a barcode can do without a lot of extra effort and manpower, making it unworthy of the effort.

The passive nature of RFID scans, however, allow the containers to be tagged and easily scanned when moved as they pass through a “gate,” or with a scanner passed in proximity to the container.

Now, metrics that were previously inaccessible even with conducting manual inventory process are automated. Item Location, length of time in a location ("dwell time", time-stamps for when the product was moved, shipped or received and even complex movements (i.e., combining contents of two large containers into one) create a level of tracking precision previously unavailable to bulk storage providers with barcodes.

This video illustrates how the KPIs listed above are possible with RFID technology and scanning gates:

Other processes, like inventory, are 15-20 times faster with RFID (Source: RFID Journal). Without the need for the labels to be visible, tagged items or cases can be scanned passively simply by having an antenna rolled through the aisles. For taller racks and even high-bay areas, multiple antennae mounted on a telescopic pole means that inventory can be completed on a single pass without the use of a lift or crane.

But New Technologies Don’t Always Replace the Old Ones 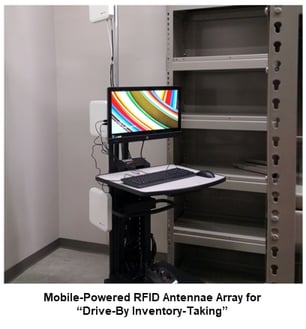 While RFID makes Auto-ID a possibility for processes where it might not have been practical before, it does not mean that it is a superior solution to barcodes in every situation. For example, a consumer e-commerce business selling lower price-point items picked in waves, batched, sorted and shipped in individual packages would not only not benefit from using RFID but could possibly even reduce productivity and add the unnecessary burden of the higher cost of RFID tags relative to a bar-coded label. Traditional bar-coding in picking operation like this is incredibly efficient after years of refinement. Pickers can pick anywhere from 6-800 items in an hour, (in a single wave) tray sorters or belts can sort them to packing station by scanning the label and packers can pack a single order almost every minute. A well-designed picking area also eliminates errors at such a rate that RFID would not be able to impact accuracy in a space like this either.

However, if the same business was also selling higher price-point items (like fine jewelry) or oversized items, their picking process might be bifurcated and might then see a benefit using RFID for THOSE items while still using barcodes for the rest of the SKUs. This creates a bit of challenge in collating an order that draws SKUs from both areas, but the RFID implementation makes sense in regard to tracking more expensive items and reducing theft or loss.

See the chart below for a side-by-side comparison of the two technologies: 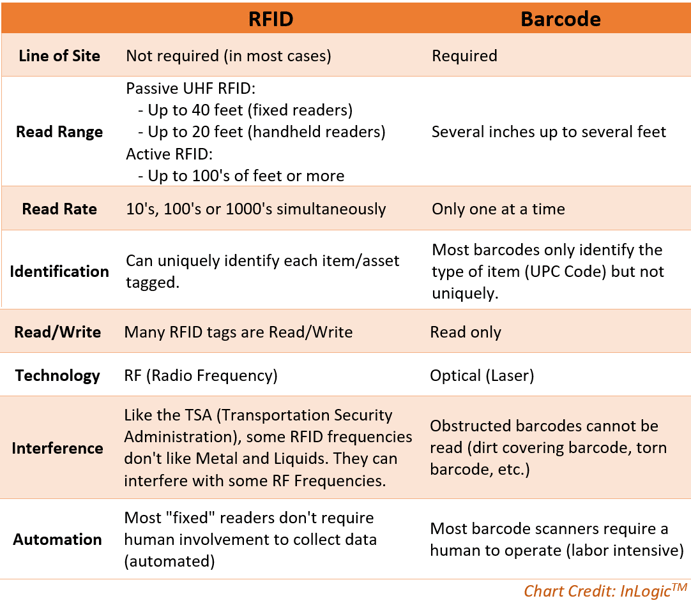 For your business, it’s best to look at it process area by process area. Your existing barcode solution in one area might not improve with RFID, but it might do better with an upgraded barcode solution that could come from improved labeling, scanners, process or a combination of all three. In some case, like inventory, storage and replenishment areas with cases using RFID tags would be far superior to any barcode solution out there, but an inventory for the individual items in the picking area would be impractical with RFID (and might even be easier doing a hand count rather than a scanner).

Twas The Week Before Christmas, And In The Warehouse….
How to Enforce Physical Distancing with Technology
2020 Industry Report
Outlook 2020 – Impressions from Zebra’s Sales Kick-Off Meeting in Reno