As the stream of emails from exhibitors you’ve seen this week indicate, MODEX 2020 finally starts on Monday, March 9th. Advanced Mobile Group will be there of course, and in addition to our booth (#8087) our own Jim Donahue will be presenting on an innovative way to use Voice Technology to halve the time spent on the loading dock. We’ll share a sneak preview of his presentation today and provide everything else you need to know about AMG’s presence next week in Atlanta.

How To Halve The Time Spent Loading Your Trucks

Jim Donahue, IT & Supply Chain Process Improvement Specialist, will be presenting an innovation in Voice Technology - a proprietary computer-based algorithm that doubles the loading speed of trucks at your shipping dock by reducing travel time and mitigates or eliminates additional moves needed to move product to get to other product while loading.

Jim will be demonstrating a full animation on Monday, but the sequence of frames below provides a peek at how voice can generate big savings on the loading dock.

Both docks have the same loading planned – THREE products, TWO pallets each, with TWO stops and repeated for TWO trucks each. Pallets are coming through the opening from the Production floor, one at a time, and there are two lifts operating.

The difference is that the top truck is going to be loaded using Voice Sequencing - a proprietary algorithm developed by AMG - while the bottom truck will be loaded without the benefit of Voice: 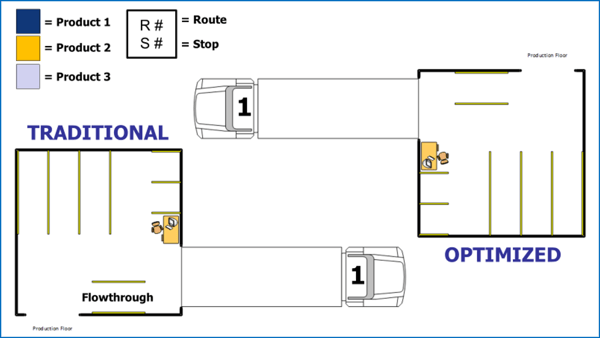 As the loading starts, the Voice-directed lift drivers are skipping the handoff from Production to Loading and bring their pallets directly into the truck, which the traditional scenario has the driver from the Production Floor staging pallets for the other driver. With only a few pallets moved, the Voice-Directed lifts have 4 pallets out of Production and two in the truck.

As the lifts keep moving, the progress seems somewhat similar based on what’s in the truck (4 pallets vs. 3), but the Voice scenario has 14 pallets loaded or staged while the other dock has only 11. 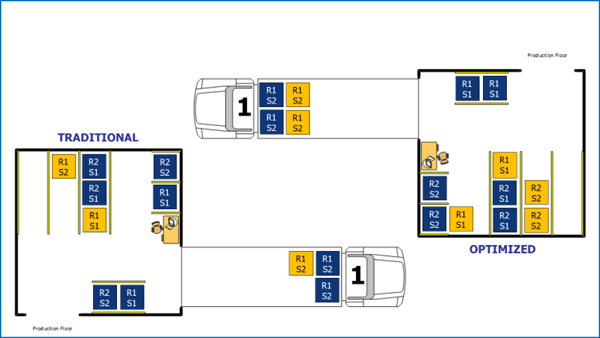 Now, the Voice scenario has fully loaded one truck, while the traditional dock is just over half full. The difference in pallets moved is still minimal (24 vs. 21), but the traditional dock is moving more pallets twice while the Voice scenario allows a larger number to be moved only once. The Voice-driven dock will be bringing in the second truck while the other dock still has five more pallets to load. But look at the red circle below – that pallet needs to go on to the first truck, but two pallets will need to be moved before it can be loaded. 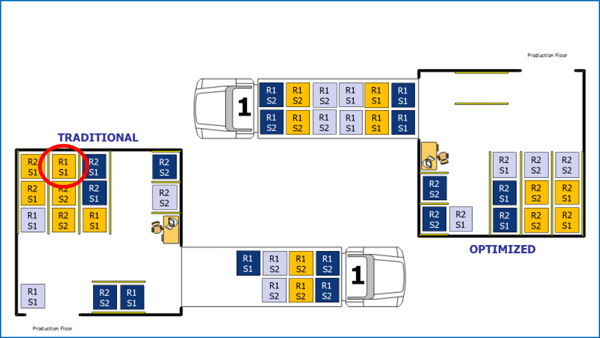 With ALL of the pallets staged in the Voice scenario, loading up the second truck is easy, and as you can see below, the Voice scenario will load its last pallet while the traditional one is just finishing loading the first truck.

The savings? For a single bay facility loading 10 trucks per day, it would result in savings of over $30,000 per year in labor alone.

Interesting? Let us know if you’d like to hear more when we’re back from MODEX! 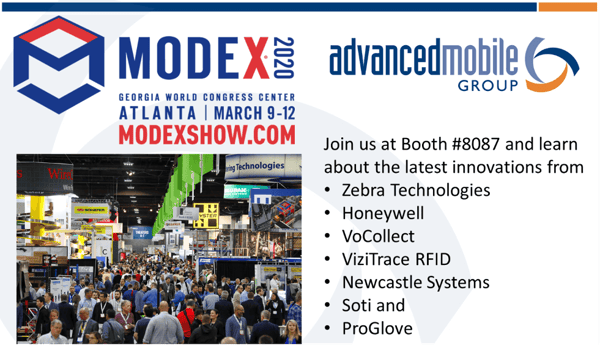