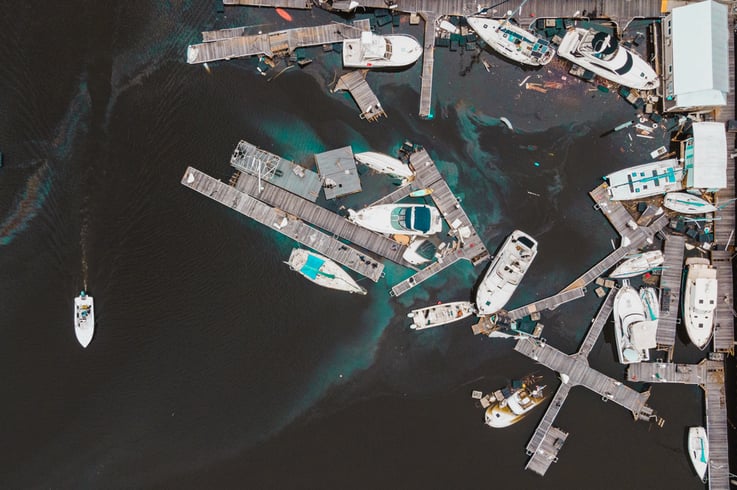 Hurricane Ian made landfall as a Category 4 storm on Florida's west coast on September 28. The hurricane-related wind and rain and the subsequent flooding destroyed property, displaced homeowners and businesses, and claimed a still unknown number of lives. The storm also disrupted an already troubled supply chain.

While the Tampa Bay area dodged dire predictions of historic flooding, the storm led to the highest storm surge levels ever recorded in the Ft. Myers and Naples areas to the south. Major inland flooding was also experienced throughout Florida.

Challenges Posed by the Aftermath of Hurricane Ian

Hurricane Ian is expected to be among the ten costliest storms in U.S. history. In fact, it could be among the top five once the damage has been fully assessed. According to initial projections, the economic damage from the storm could reach as high as $75 billion.

Property has already become unaffordable for many in Florida due to rising property taxes and insurance rates. Damage from Hurricane Ian is only expected to make matters worse for anyone owning property, including businesses.

The average property insurance rate in Florida is nearly triple the U.S. average, according to the Insurance Institute of America. And the payouts from property claims related to this recent storm are likely to drive several local insurance companies into bankruptcy, making it even more challenging for people in this state to get coverage.

Hurricane Ian is expected to financially ruin countless Florida homeowners and businesses not covered by flood insurance. The financial losses from flooding in areas of the state that weren't even in flood zones are expected to be astronomical. Of the 1.8 million households in nine counties impacted by the storm, only about 29% have flood insurance, according to Politico.

Even property that didn't necessarily experience structural damage from the storm is at risk of harm from toxic mold. Just a few inches of standing water or having a property shut up too long without climate control can lead to microbial growth, or black mold, which is toxic.

Some of Florida's roadways became unpassable from Ian due to wind damage, downed trees, and flooding water. The bridge to Sanibel Island in Lee County was destroyed, making the island inaccessible. I-75 in North Port was closed in both directions for several days after the banks of the Myakka River overflowed and flooded the interstate.

Any weather event in Florida, like a major hurricane, has far-reaching consequences well beyond the zone of impact. The Orlando-to-Tampa corridor is packed with huge eCommerce and retail distribution centers. The state also relies on the tourism industry, with the storm cutting a pathway through areas that house Disney World, Universal Orlando, and Sea World, all of which had to close temporarily. And Florida accounts for 70% of this nation's supply of citrus fruits like oranges, tangerines, and grapefruits.

According to Everstream Analytics, the storm threatened up to 7,000 healthcare producers in medical devices and pharmaceutics and about 4,500 manufacturers of everything from automotive parts to chemicals to plastics to aerospace components.

When everyone in the region is rebuilding their homes and businesses, the demand for materials, machinery, and contractors is going to go through the roof. This also means prices are going to soar. It's going to take years to rebuild the most ravaged areas of Florida, and the cost is estimated to be in the billions of dollars.

According to Construction Dive, Florida already has many job openings and a shortage of skilled laborers. Storm clean-up and rebuilding in partciular are going to require a massive labor force. Unfortunately, some projects in the state may need to grind to a halt to free up tradespeople for this essential work. 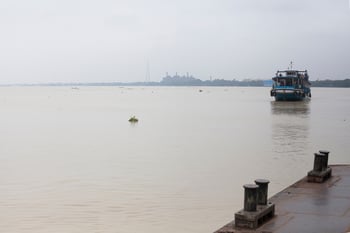 Hurricane Ian instantly paralyzed some of the Southeast's major shipping routes and ports. The hurricane tore directly across I-75 and I-95, two major North-South interstates. It also impacted the Port of Tampa, Florida's largest port, and SC Ports in Charleston, the deepest port on the U.S. east coast. Port Tampa Bay specializes in the import of fuel and food and beverage products. Both Tampa and Orlando International Airports shut down temporarily.

As soon as the hurricane made landfall, metropolitan areas within its path experienced a 50-60% reduction in week-over-week deliveries. Those delays are being felt downstream as well, with shipment volumes from Florida to other Southern states down 19% over seven days. And shipments heading into Florida, some intended to help with storm relief efforts, are down about 15%.

UPS and the USPS are working on restoring normal operations in Florida. But many areas in Southwest Florida remain without delivery service. As of 10/4, at least five Florida ZIP codes are unable to receive pickups or deliveries.

As businesses struggle to get the materials they need and fulfill customer orders, supply chain challenges are likely to persist. Whether it's because of a massive storm or some other disruption, the best way to meet and navigate these issues is by leveraging various technology solutions.

For example, to address labor shortages, logistics firms are implementing "Touchless Warehouse" solutions that improve productivity and reduce human errors. RFID tags can be used to keep track of inventory and assets in real-time and voice-directed work combined with mobile workstations can be used to improve efficiency.

Visibility in the supply chain is something that can assist business partners in the wake of a natural disaster (it's even a good idea when the weather is calm). Using tagged assets and cloud-based technology, you and your partners can see where items are in the supply chain so you can make more informed business decisions.

While Hurricane Ian has been incredibly destructive in South Florida and is wreaking havoc with the supply chain, many of the issues already existed. The storm simply magnified them. Fortunately, there are several solutions that businesses can implement to inject some reliability and visibility into their operations.