How Zara Controls Stock With RFID According to the New York Times, Zara is now the world's largest fashion retailer. Amancio Ortega Gaona, the founder of Zara, recently displaced Waren Buffett as the third richest man in the world. Being on the pioneers of "fast fashion", Zara must produce and distribute apparel at a rapid fire pace. In addition, they must keep up with stock and demand the comes with being the world largest international retailer.

RFID tags allow Zara to track items across countries and run an smooth organized clothing empire. The biggest advantage is to manufacturing where RFID tagging allows for an agile and accurate operation. When it comes to inventory management, RFID is the most accurate system out there.

The Process of Innovation

The RFID system encodes each garment at manufacturing, allowing for them to be tracked trough out the distribution process.

As more sales come from online RFID allows for customers to check if an item is in stock at their local store to guarantee their purchase.  Many retailers are embracing the in stock check feature as a result of its popularity with customers.

The project is in the process of implementation and is present in more than 700 Zara stores in 22 countries. The frantic pace of implementation is more than 500 stores per year. All Zara logistics centers already have the technology and headquarters is forecasting that its application scope to all Zara stores in 2016. Gradually the RFID system will be implemented at other chains.

Zara isn't the first retailer to discover RFID, JC Penney previously attempted to implement RFID for inventory tracking but the tags would interfere with anti-theft sensors. JC Penney removed the anti theft sensors in an attempt to solve the problem, but shoplifting surged as a result and the company scrapped the RFID project.

To solve this problem, Zara decided to insert their RFID tags inside anti-theft sensors. This solution was suggested by a Zara employee during a brainstorming session. The security tag's plastic case would protect the chip, allowing for reuse, and it could be removed at checkout.

With RFID, Zara is warned when a garment is about to go out of stock in any location. In addition, this increases security in stores which reduces shrinkage.

Before the RFID system was implemented, Zara employees had to scan barcodes one at a time, these store wide inventories were performed every six months. Since RFID saves quite a bit of time, Zara now carries out the inventories every six weeks, getting a more accurate picture of what fashions are selling well and any styles that are languishing. 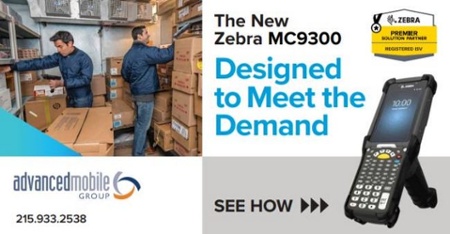 How RFID is Transforming the Supply Chain
The Latest Technology and Supply Chain Trends in Robotics for 2022 and Beyond
Can Robots Help Companies Go Paperless?
What is Digital Agriculture and What Are the Benefits?