How Can RFID Help the Environment? 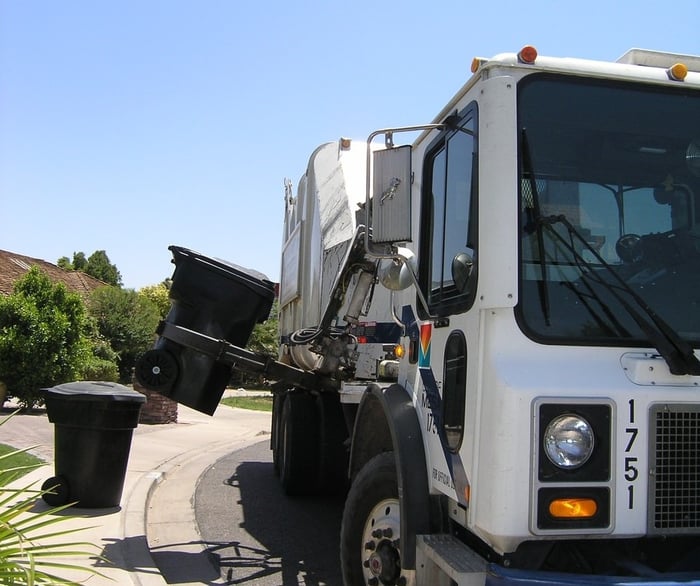 With the last eighteen months have been unique in regards to how often the supply chain and logistics industries were featured in mainstream news, RFID technology continued to quietly inject itself into more and more corners of the industry – and beyond. While we have all been busy keeping up with the basics of our old supply chain, new versions of it continued to evolve even more rapidly.

Until now, we have always considered RFID as a superior way to identify locations for items they are tagging along with the other information about the item attached to the tag. But in addition to helping you know things like “Where is it?” and “How long has it been there?”, RFID is now moving into the realm of helping answer the “What’s it made of?” or “What’s wrong with it?” 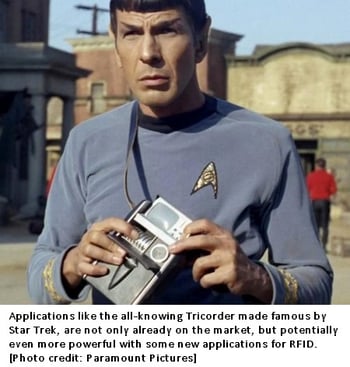 If you go online and search on something like “Devices from Original Star Trek”, you’ll run across many links that will show you how many of these devices now exist in our own world. Some of the more obvious ones like “Communicators” (cellphones), tablet computers and even universal translators are taken for granted already. But others including “Food Replicators” (3D printing), “Tractor Beams” and even “Teleportation” (already done on an atomic level!) are actively being worked on and seem possible in our lifetimes. But what about the “Tricorder”? That all-powerful diagnostic tool is another device within our reach, and RFID is part of the solution – though the applications may not be as aspirational as how we see it used across the Alpha Quadrant, but be an invaluable tool right here on Earth.

While the “Tricorders” being pioneered out there over the last ten years are targeted almost entirely as a medical device, RFID sensors have unique qualities that could lead to the creation of an “Environmental Tricorder”. How would it work? 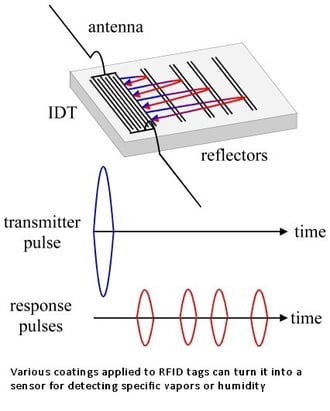 Researchers at MIT and elsewhere have developed some new capabilities for RFID that can massively amplify its functionality. In one approach originally published by the University of Toronto way back in 2013, researchers constructed an array of RFID tags with vapor-sensing elements like carbon black and/or organic polymer composites. These elements swell at different rates when exposed to different vapors, and “The different gas–solid partition coefficients for the polymers in the sensor array produce a unique pattern of signal changes that can be used to classify vapours”. This specific experiment was able to successfully identify AND quantify vapors/liquids like water, ammonia, ethanol and toluene (associated with paint thinners).

One incredibly practical application for an RFID array like this could be for use in garbage collection. With efforts to recycle as much as possible and especially to divert harmful chemicals and liquids from landfills, RFID can be applied as a way to detect restricted items BEFORE they go into the collection truck, or to flag a collection bin for restricted items for additional fees to the household or business disposing of them. Imagine a fleet of garbage trucks that can either automatically enforce separation policies (where the trust system can no longer be trusted) or inform customers of WHERE to dispose of something if they attempt to place it in the wrong bin? 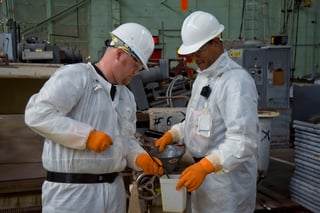 Another potentially useful application for RFID is in improving workplace safety where the presence of harmful chemicals or vapors may exist. While devices called “Surface Acoustic Wave (SAW)” have already been in use as sensors in analytical chemistry, combining them with RFID tags provides an entirely new array (sic) of possibilities.

By coating the tags with different materials with different sensitivities, researchers were able to use the combined SAW-RFID array to detect not only changes in humidity but the presence of specific harmful vapors that could provide an early warning system in case of an accident or leak. Repeated signals between devices can detect changes in the air coming from vapors from the chemicals the sensitive layer was designed to monitor.

Go Where No Tag Has Gone Before

Others have looked at adding a power source to change the passive tags to a “Battery-assisted passive (BAP)” tag that has been able to determine the presence of glucose, or to detect disease in animals, and just last month, 60 Minutes shared a story from the US Department of Defense that they have developed and RFID application that operates as a sub-dermal sensor that might eventually be able to detect COVID before someone is able to spread the infection.

RFID tags are demonstrating they will play a bigger role as a “bridge” technology that can convert chemical data into mechanical action, which opens up a much bigger range of possibilities well outside of the supply chain – but much more widely across it as well.